Trauma Matters Delaware (TMD) began in 2013 when a small group of advocates formed a network to conduct activities to raise awareness of trauma and its impact. In 2018, Governor Carney issued Executive Order #24 prioritizing efforts for Delaware to become a trauma-responsive state, following the Delaware’s Blueprint to becoming Trauma-Informed, and the Trauma Informed Delaware (TID) initiative was launched. First Chance Delaware, a partnership between Delaware’s First Lady Tracey Quillen Carney and Casey Family Programs that encourages cross-sector partnerships, was instrumental in supporting this effort.

In response to the growing recognition of the toxic stress of trauma and the need to build resilience, the TMD steering group decided to formalize its structure and applied for 501c3 status in 2020. This process, guided by input from community stakeholders and facilitated by Social Contract, merged the prior efforts of TMD and TID.

A Backbone Organization for Trauma-Awareness 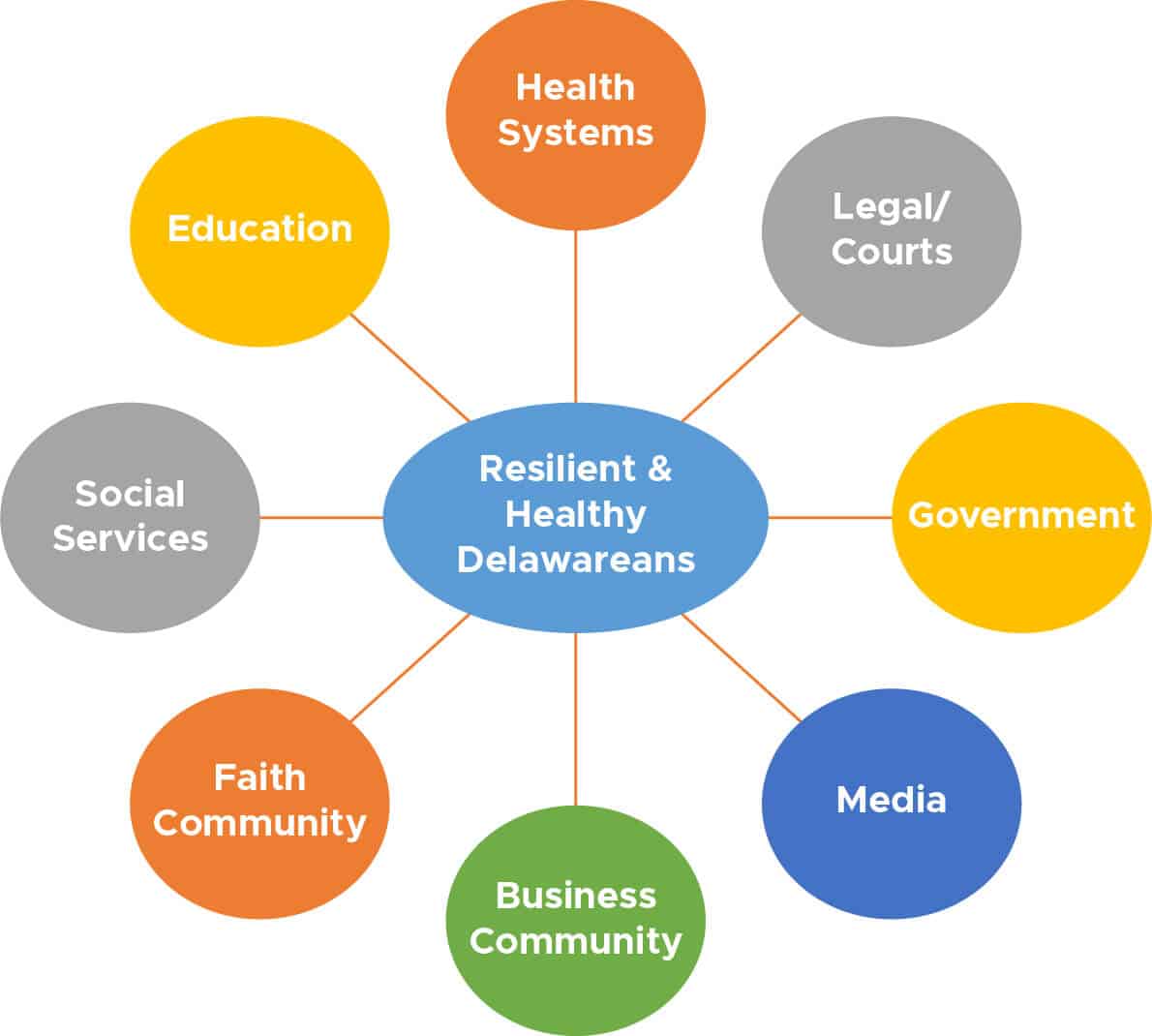 As backbone organization, TMD serves as a hub to support coordinated and sustainable progress and grow a trauma-informed culture in Delaware. Through training, education, coaching, technical assistance, and advocacy, TMD supports communities and organizations as they adopt and implement trauma-informed approaches. The work of TMD is collaborative, flexible, and responsive. It incorporates the voices of many stakeholders including those with lived experience.

TMD is governed by a Board of Directors and supported in its efforts by several volunteer workgroups:

The community healing workgroup is a backbone for community organizations that facilitate trauma-informed intervention in k-12 schools, social services, nonprofit organizations, and other institutions that provide healing, recovery and post-traumatic growth. They awarded over $50,000 in funding to 18 organizations through a mini-grant. They are currently securing more grants for community groups across the state and providing technical assistance for development to these organizations.

The mission of the PSVT & R Workgroup is to increase awareness of and promote adoption of best practices to prevent or mitigate exposure to primary, secondary and vicarious trauma and to promote resilience of essential workers. They have hosted two webinars with a combined attendance of about 250; the first named “Cultivating Our Resilience: Strategies for Those on the Front Line,” and the second titled “Fostering A Trauma Informed Organizational Culture: Strategies From the Field.” The PSVT & R workgroup has also developed and disseminated a resource infographic for front line workers with links to websites, videos and workbooks as well as a list of local free emotional support resources.

The team would like to acknowledge and express our gratitude to Delaware’s First Lady Tracey Quillen Carney, Casey Family Foundation, Social Contract, First Ascent, Children and Families First, Wilmington University, and the Delaware Division of Substance Abuse and Mental Health for providing foundational funding and in-kind support to TMD. We are also grateful to collaborate with members of the workgroups for their substantial contributions as well as many State agencies, organizations, community groups, and advocates throughout Delaware who partner in this mission.

Trauma Informed Initiatives:
Share Information on What Your Group or Organization is Doing